How Has Google SERP Affected Paid Media and Organic Listings

How Has Google SERP Affected Paid Media and Organic Listings

In May last year, Google announced a change for their Search Engine Results Page (SERP). There were changes in both organic listings and paid listings. Notably, brand logos had been added to the top corner of the organic ads and the colours of the paid URL’s differed.

Ultimately, this will impact the strategies of both organic and paid ads. Read on as we go into further detail about our take on the update. 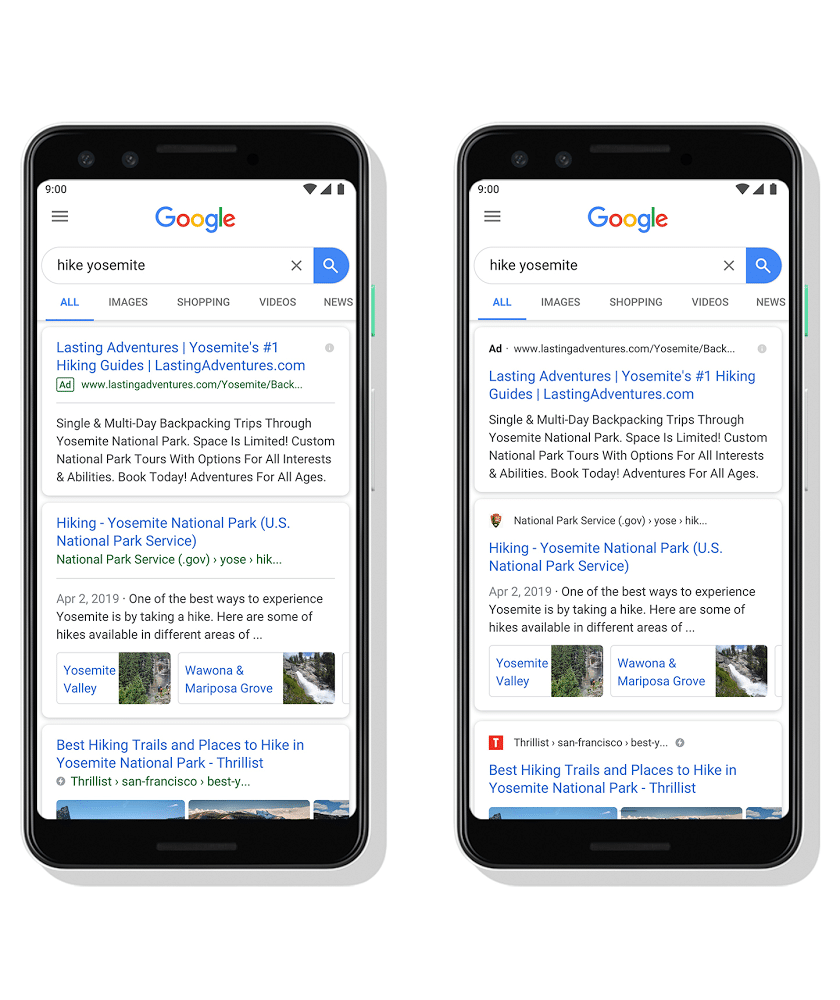 As you can see, the results on the right are more appealing due to the colorful logos adding an essence of personality to the links. This is great as it is a perk for companies to try and push for organic growth as well as paid ads.

These changes came into action gradually, with the update starting to be introduced to a few mobile devices so Google could track the results. After they were happy, they pushed this live across all devices.

There has been some controversy with Google highlighting the difference between the paid ads and the organic ads and the decrease in visual effects for paid. Google doesn’t make any money from people clicking on organic ads whereas they make nearly 86% of their revenue from paid ads. This suggests that it may not be in Google’s best interests to show the differences between paid and organic.

What about the future?

The fact that Google gradually introduce changes makes it hard for companies to identify if their ads are part of the tested proportion. This creates a challenge in the analysis for CTR’s and suggests that through the years to come it will get harder for organic posts to compete with paid ads.

As Google is constantly changing and evolving it is hard to suggest what exactly will come off the SERP updates, however, it is fair to say that to be ahead of your competition, paid ads will get you the highest reach.

About the Author: Max

This website uses cookies to improve your experience while you navigate through the website. Out of these cookies, the cookies that are categorized as necessary are stored on your browser as they are essential for the working of basic functionalities of the website. We also use third-party cookies that help us analyze and understand how you use this website. These cookies will be stored in your browser only with your consent. You also have the option to opt-out of these cookies. But opting out of some of these cookies may have an effect on your browsing experience.
Necessary Always Enabled
Necessary cookies are absolutely essential for the website to function properly. This category only includes cookies that ensures basic functionalities and security features of the website. These cookies do not store any personal information.
Non-necessary
Any cookies that may not be particularly necessary for the website to function and is used specifically to collect user personal data via analytics, ads, other embedded contents are termed as non-necessary cookies. It is mandatory to procure user consent prior to running these cookies on your website.
SAVE & ACCEPT
Go to Top